Find Retread Tires in Strafford, MO for All Tire Applications

Build your fleet for better with Bandag. You'll get more miles out of less rubber, whether you need retread tires for less-than-truckload freight or bus transportation. Bandag offers retread tires in Strafford, MO for all tire applications.

What is a retread?

Retread tires, or “recap tires” are the best way to get more out of one of your fleet’s most important investments. They’re such a successful way of managing fleet and truck tires that nearly half of all North American replacement truck tires are retreads.

Bandag Is Built For Better 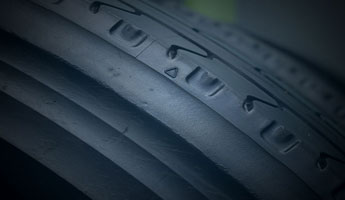 See our selection of commercial less-than-truckload tires in Strafford. Turn to a Missouri Bandag dealer. are best for heavy-duty vehicles that move small loads, like those used for pickup & delivery services. are designed for commercial trucks that carry small or fluctuating amounts of freight. LTL shipping can be efficient for all parties. So are retreads. Bandag offers less-than-truckload retread tires in Strafford for a range of wheel configurations including straight truck, spread axle, tandem axle, and single axle. Bandag less-than-truckload tires are made for fleets that prioritize value and performance.

Regardless of your axle configuration and wheel position, Bandag has the right retread truckload tires in Strafford. We have a complete inventory of all-position commercial truckload tires. Each tire is designed to offer reduced rolling resistance and long tread wear. Many truckload tires work with complementary tires to further fuel efficiency, like the Bandag B760 FuelTech™ drive retread and the Bridgestone M760™ Ecopia™ tire. From regional work to long haul trucking, your drivers can count on Bandag's special rubber compounds to help reduce energy loss and lower rolling resistance for optimum fuel efficiency.

Companies and groups around the nation rely on recap tires to operate efficiently and safely. There's a good chance that Strafford's transportation and school system do also. Retreads are installed on essential vehicles that we see daily. For instance, retreaded tires are often used on the drive wheels of school buses, ambulances, and fire trucks. And approximately 80% of all aircraft tires in use in America are retreaded. Retreaded tires are even used on Air Force One, according to the United States Environmental Protection Agency. [1] Bandage offers two types of bus retread tires for sale in Strafford: BDR-AS™ and BDV. The BDR-AS™ retread tire delivers gripping power to get you (and your passengers) to the destination, no matter the weather. The tread design increases ice handling and traction, while the wide shoulder voids helps "clean out" snow and mud. BDR-AS™ retread tires can be installed on single and tandem axle configurations. BDV retread tires, on the other hand, are designed for urban fleets that need strong braking traction and shoulders that can take a beating from curbs and corners. They shine in urban environments and perform well in all weather. BDV retreads are also designed for single and tandem axle configurations.

We know there's a big difference between local P&D, high-speed linehaul, and mixed-service (on/off-road) tires. For distribution tires in Strafford, Bandag has your back. Our retread distribution tires are made to overcome the hurdles of pickup and delivery work, like stop-and-go traffic, tight streets, and varying load weights. Bandag has competitively priced distribution and P&D retread tires for semi-trucks and truck trailers. Contact a Bandag dealer in Strafford for affordable P&D truck tires near you.

Waste & Recycling Retreads Near You in Strafford

Next time you take your recycling or trash out to the curb, think of Bandag. Why? There's a good chance the public works trucks around Strafford roll on Bandag retreads. Bandag retread tires keep many public works trucks rolling, odds are they’re even being used in Strafford. Bandag retread tires for waste and recycling collection use our proprietary rubber compound to stand up to the twists and turns [content-text-6-5] rely on our specially formulated rubber compound to fight the unpredictable nature of urban and suburban areas. Our latest retread tires for waste haulers offer improved wear life, durability, and wet traction over predecessors. When your waste and refuse fleet in Strafford rides on Bandag retreads, it can stand up to plenty of curbing, cornering, and scuffing.

All Applications, All Retread Tires